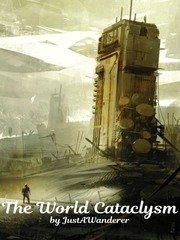 What is The World Cataclysm

The World Cataclysm is a popular web novel written by the author JustAWanderer, covering SYSTEM, EVOLUTION, ADVENTURE, FANTASY, MAGIC, ACTION, WEAKTOSTRONG, Fantasy genres. It's viewed by 1.1M readers with an average rating of 4.45/5 and 31 reviews. The novel is being serialized to 77 chapters, new chapters will be published in Webnovel with all rights reserved.

[The world have reached the end of the 1st Cataclysm: Survival] A heavenly voice in the minds of people led to the destruction of modern civilization. The monsters had appeared all over the world, leading people to the new era. The era where only the strong will survive! The era where weak people are trampled on! Dave had lived in such a world for five years, finally dying in a demonic horde. As he fell down from the skies, the same heavenly voice sounds in his mind. [User David Murckly is reaching the end of his life] [His innate ability Regression reacts to his coming death] Release Schedule: one chapter in two days. Vote through power stones and add it to your library to support my work. Note: 1) It is my first novel, so, please leave a comment to know where I'm lacking or if you have any suggestions. 2) The book cover is not mine, so if, author of the work, you see it and have any objections, please message me, and I will remove it. 3) So far, I'm going to release chapters by one chapter in two days for one or two months, then, I would release chapters more frequently. So, please cope with it for time-being!

The Only Aura User In Magic World