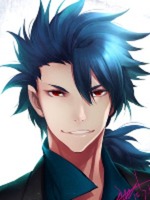 What is The Strongest Existence

The Strongest Existence is a popular fanfic written by the author Naxur, covering R-18, REINCARNATION, ROMANCE, ADVENTURE, ACTION, Anime & Comics genres. It's viewed by 208K readers with an average rating of 3.78/5 and 25 reviews. The novel is being serialized to 8 chapters, new chapters will be published in Webnovel with all rights reserved.

I died. I had been killed by beings I didn't even know existed. All this because they wanted the perfect warrior. But someone saved me from this and gave me a new chance. When I reincarnated in this new world it was not as I wanted. I saw horrible things and did horrible things. All that mattered was having power. And when that happened I would be the strongest of all. My power would be felt all over the world, and only the mention of my name would make the gods tremble. And forever and ever I would be recognized with a title. The Strongest Existence. (English is not my first language) Please forgive any mistake.