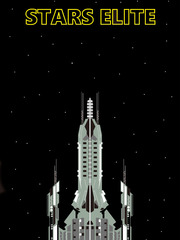 In this galaxy, developed planets want to reach the highest peak and then get the title of strongest planet. Not a few of them are in an alliance to colonize a planet that is poorer but rich in resources. Major alliances fought for territory when they were involved in disputes. A group that calls themselves the Freedom Alliance is a group that contains all kinds of beings from various planets as well. They are an ideology in which every planet has the right to be free without interference from the invaders. This alliance helps a planet that is being colonized and is the enemy of major alliances. When a young man from planet Earth meets a member of the Freedom Alliance, he learns of his destiny to reconcile this galaxy.