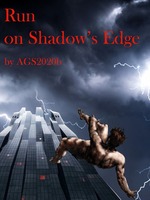 What is Run on Shadow's Edge

Run on Shadow's Edge is a popular web novel written by the author ags2020b, covering CRIME, TIME TRAVEL, SYSTEM, MODERN, ACTION, SCIFI-FANTASY, Sci-fi genres. It's viewed by 255.1K readers with an average rating of 4.83/5 and 21 reviews. The novel is being serialized to 85 chapters, new chapters will be published in Webnovel with all rights reserved.

Forensic Jorge Velez is on the heels of a series of murders but the events unfolding may have already happened. His team found intertwined events, unusual evidences, strange disappearances, time lapses, and feeling of 'deja vu'. In order for them to truly find out what is happening they literally need to run towards the shadow's edge and fell 150 meters below. -------- Did he just walk inside a top secret military program? Where is Dr. Molina? What is his purpose in inviting him? The electric noise was literally raising all the hair on his arms. There were sudden huge sparks that could literally fry and it randomly  hit the floor and the tall ceiling above. What is this place? There is something massive going on and he needed to understand what this is all about. "Impressed?" A man behind him asked. It was Dr. Molina. He removed his goggles and grabbed Jorge's arms. "I could see you are in a confused state. Come inside the briefing room." Confused is an underestimation. Jorge was literally in a state of shock. Inside the briefing room, Jorge's hand was trembling as he drank a glass of water together with his medication. He needed something to calm himself down. The voices he heard in his radio, the message from Colonel Riva, and this massive thing in front of him is just too much to process in the blink of an eye. He needed to slow down. "What's going on?" Jorge's asked as Dr. Molina pore over the result of many of his experiments. "What you see is what you get Jorge. It's the real deal. A time machine." Jorge felt his breathing stopped. He heard it loud and clear. A T-I-M-E machine.

The last one remaining