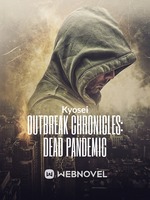 What is Outbreak Chronicles: Dead Pandemic

Outbreak Chronicles: Dead Pandemic is a popular web novel written by the author Kyosei, covering APOCALYPSE, UNDEAD, HIDDENGEM, COLDPROTAGONIST, TRAGEDY, NOSYSTEM, PURESURVIVAL, JAPANESE, DAYANDNIGHTCYCLE, ROMANTICSUBPLOT, Horror&Thriller genres. It's viewed by 1.8M readers with an average rating of 4.45/5 and 80 reviews. The novel is being serialized to 232 chapters, new chapters will be published in Webnovel with all rights reserved.

Labeled as a delinquent and bad influence, high school student Kyosei Ichinose choose to stay out of the people around him, indulge himself to his headphones, pick fights against other people and stay alone. He was later famous for being a dangerous fellow that even his fellow students and his teachers feared him. One day, everything is normal until the world is now in turmoil after the appearance of a mysterious disease that turns humans into mindless cannibals, infecting humans all around the country in an alarming state. After receiving a distressed message from his former friend, he reluctantly returned only to find the school overrun by the dead. Armed with his house keys, a revolver and a duffel bag containing a few items to aid the rescue, he returned to the school without knowing why he still need to rescue a former friend.