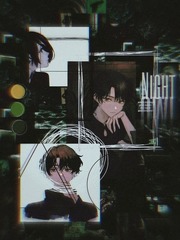 Night Owl | Harry Potter FF (DROPPED) is a popular web novel written by the author praisethereeves, covering HARRYPOTTER, NOHAREM, ACTION, ADVENTURE, Fantasy genres. It's viewed by 399.4K readers . The novel is being serialized to 61 chapters, new chapters will be published in Webnovel with all rights reserved.

The Wizarding World was blissful as the young wizard hero, Harry Potter, has once again saved the world from the dark wizard, Voldemort. Unknown to them, there were a lot more people who help to defeat the dark lord. But it just revolves the young man, Harry there, Harry here, Harry everywhere, as always. Peculiar to his schoolmates, Ron, Hermione, and other more, one stand out from the rest. Unfortunately, not because of his heroic nor anything good in particular, but because of his bad deeds. A man named Elliot. But truth, he was framed. After the sorrowful life he had, he had the chance to change himself. Himself from the past. Creating an empire that will stand high among the rest. (DROPPED)

Harry Potter and the Fortunate Queen

(Rebooted) Dragged into the Wizarding World

Harry Potter and the Secret Treasures