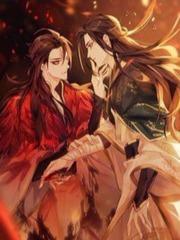 Magic With You (BL)

What is Magic With You (BL)

Magic With You (BL) is a popular web novel written by the author KenceRussel, covering BL, REINCARNATION, MAGIC, ROMANCE, CULTIVATION, ACTION, ADVENTURE, LGBT+ genres. It's viewed by 1.1M readers with an average rating of 4.74/5 and 34 reviews. The novel is being serialized to 225 chapters, new chapters will be published in Webnovel with all rights reserved.

In a world filled with Magic, the strong rules the world! Calter, a Rank 3 Grand Knight Mage, the highest realm that mages in the Enchanted Star Realm reached died. But instead of completely dying, he woke up one day and realized that he travelled back in time There, he once again saw the innocent and pure blue haired and eyed youth that he always loves that died because of him. The youth that always haunt him on his dreams, his biggest regret and the only person he loved This time, he will make sure to make everything right. He swore to himself that not only he will reach his former power but also exceed it! He will protect Kence from any harm in the world, especially to the Rank 4 Mage that will descend down in the Realm! In a world where magical achievement is your weapon, the two will fight against all odds to become the strongest magicians! ---- This is an adventure in Magic Cultivation World where the main characters are both men and will love each other. A balance of action, cultivation, and Bl romance ---- Buy me ko-fi! https://ko-fi.com/kencerussel Thank you!!