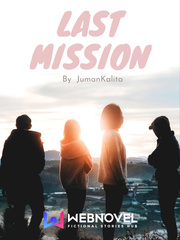 What is LAST MISSION

LAST MISSION is a popular web novel written by the author JumanKalita, covering SYSTEM, ROMANCE, ACTION, COMEDY, MODERN, ADVENTURE, Realistic Fiction genres. It's viewed by 72.1K readers with an average rating of 4.77/5 and 13 reviews. The novel is being serialized to 73 chapters, new chapters will be published in Webnovel with all rights reserved.

Ever heard of a team consisting of convicts and undercover agent? Mr. Dayal, a investigation officer is trying hard to solve his very last case as he'll soon retire from his service. It was not only the last mission for him but also a sort of justice to his daughters culprit that he tells about at the end. Everything seemed to end as he got no information or traces of the culprit even after working on it for the last 1year.He needed a team to support him. One day on his way back home he coincidentally collided with Jake who has connections with this politician that Mr. Dayal assumed to be the main culprit. Jake promised to help him along with the other 3 officers who were selected for the team. Later Mr.Dayal named the his team BLACK. In the process they not only unveiled more secrets but also get more close to each other. The problem begins when a sudden misfortune happens only to destroy what they have been trying hard work on. Will they be able to last as a team till the end? Will they succeed in the last mission? Find me: Discord: Juman12#1675 Join my discord server for more updates!! https://discord.gg/k4muFv2P

The Devil and the Huntsman

Once so normal. Now, Completely different.