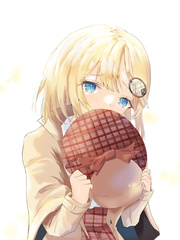 (Un) Fortunately the Yandere is Not After Me

What is (Un) Fortunately the Yandere is Not After Me

(Un) Fortunately the Yandere is Not After Me is a popular web novel written by the author bigbear51, covering YANDERE, HARÉM, ROMANCE, MALE PROTAGONIST, COMEDY, ROMANCE-COMEDY, MODERN, OTAKU, BLACKMAIL, INVERSE HAREM, Realistic Fiction genres. It's viewed by 567K readers with an average rating of 4.55/5 and 16 reviews. The novel is being serialized to 138 chapters, new chapters will be published in Webnovel with all rights reserved.

Arata Kashimura was hoping to have a normal, if lonely, high school life. He avoided others because he didn't want his secret to get out. That he was a massive otaku, something like that becoming known would be high school suicide. Knowing that, he was content with the only person he ever talked to being Yogi Aono, the boy that's sat beside him since entering high school. But his life gets turned upside when Erina Hayama, a girl he's only ever seen in passing, reveals that she knows his secret. Now blackmailed to do her bidding, it turns out that she wants him to get Yogi to fall for her. Because she's crazy, really crazy in love with the boy. But with other rivals vying for his love, doing so won't be so simple. Arata now finds himself in a harem, where he's not in the middle of it. Will he be able to come out on top and save his reputation, in this love comedy looking from the outside-in? For easier communication: https://discord.gg/yFDKkcb Image source: https://www.pixiv.net/en/artworks/22201787 If you wish to support me: https://www.patreon.com/user?u=26322975

Problematic Little Sister Fell In Love With Me

My new item can raise infatuation, but!