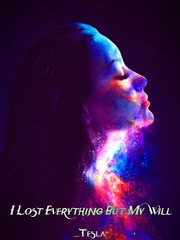 I lost everything but my will

What is I lost everything but my will

I lost everything but my will is a popular web novel written by the author _Tesla, covering ACTION, EVIL-MC, ADVENTURE, MODERN, SYSTEM, ROMANCE, FACE-SLAPPING, CULITVATION, WORLD DESTRUCTION, PSYCHO MC, Fantasy Romance genres. It's viewed by 54K readers with an average rating of 4.69/5 and 16 reviews. The novel is being serialized to 29 chapters, new chapters will be published in Webnovel with all rights reserved.

Suffering... This word has become something I'm used to. It often accurately describes my situation. Depressing isn't it? I lost my dad, Killed my mom, basically life takes away everything I find good, but I'll never give up. I'll never accept defeat, I'll never bow in submission to life and everything it throws at me. I Jena boulevard will become the most powerful being and destroy all of life for that is the only way I deem fit to return the merciless treatment I've been through.

Contracts With the Void

Reincarnated as the butt-spanking knight with a system

Is She A Bad Girl?