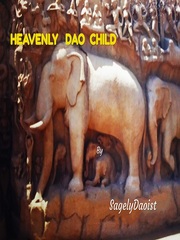 What is Heavenly Dao Child

Heavenly Dao Child is a popular web novel written by the author SagelyDaoist, covering REINCARNATION, ROMANCE, CULTIVATION, WEAK TO STRONG, HORROR-GORE-VIOLENCE, CHILD PROTAGONIST, ACTION-ADVENTURE-COMEDY, Eastern Fantasy genres. It's viewed by 1.7M readers with an average rating of 3.8/5 and 34 reviews. The novel is being serialized to 464 chapters, new chapters will be published in Webnovel with all rights reserved.

Once upon time a wise man had said, “All men and women are born equal.” Well he lied, no one is born equal if it were so people would not be envious, would not desire harm on each other, especially HIM. Him, who is the envy of many, the goal of others, the object of hatred, the object of love and lust of countless, since he first took his breath. No matter what everyone wishes of him he stood tall and surpassed and flourished no matter what challenges and tribulations stood in his way he broke through them since he first opened his eyes to gaze at the world. The wise man is a liar, after all how can all men and women are equal when the Heaven’s itself decreed him to be It’s most favorite and beloved child.