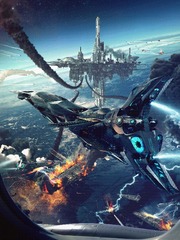 What is Galaxy Wars: The Legacy of Light and Darkness

Galaxy Wars: The Legacy of Light and Darkness is a popular web novel written by the author ranmaro, covering SCI-FI, SPACE SHIP, SPACE-TRAVEL, ACTION, GALAXY WIDE CONFLICTS, ADVENTURE, R-18, HÁREM, SC-FI FANTASY ACTION ADVENTURE, Sci-fi genres. It's viewed by 1.1M readers with an average rating of 4.38/5 and 35 reviews. The novel is being serialized to 173 chapters, new chapters will be published in Webnovel with all rights reserved.

It's a story about a young man who was thrown into huge play he never planned to join in. His only aim is to survive, live well, be happy, and enjoy his life with his beloved harem girls. James is a 16 years old war orphan who was captured since he was little and raised to serve in a military base. He will escape from it to be thrown in the middle of an old brutal war between the light and darkness forces in the universe. He will try to survive, and save his new friends from being sacrificed in this war. However he never imagined his destiny is to be one of the main forces that affects the fate of the whole universe. His hidden powers will be discovered gradually, and he will become a witness to a new age, the age of great wars between empires in the whole universe. Join James journey from being a nobody who is just trying to survive, to become one of the strongest light and darkness Immortal in the universe. Publish Schedule: 3 chapters per week.