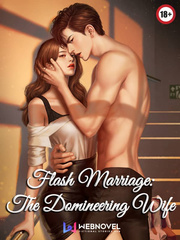 #Participating in Webnovel Spirity Awards 2020. Trigger Warning: Novel contains mature content and explicit scenes only intended for adults. {R-18+, No rape and No misunderstanding} ~She was sad, hurt, and depressed. She was a mess, a monster who was slowly fading in her dark, lonely world until he came along. Like a twinkle little star, he brightened her horrid world. He was no one but her happy pill~ (Couple 1) "Tell me Wifey, has any man ever made you feel the way I do?" Lei Zhao asked. "Will it hurt if I tell you someone has?" Yan Mei inquired. A cheeky grin appeared on Lei Zhao's lips. "It wouldn't because I am sure no one has done it, especially the way you scream with pleasure under me." -------- Yan Mei, an aloof CEO known as the devil strongly believes love is a scam because she has experienced the joy and sadness of it. Now her heart has turned into a piece of stone encased by steel. Lei Zhao only has time for one thing in his life: work, after the death of his brother, which made him devastated and broken. After a chance encounter with a woman in a red suit at a club, he finds himself drawn to her. Something about the mysterious woman has him determined to make her his and unlock the mystery of the pain that flickers in her eyes. ~But will the devil give him a chance? Even though at times, the devil needs love too.~ ***** (Couple 2) ~She became the monster, parents told their kids to run away from, but she was far from a monster. She was just a lonely girl who wanted a friend who would always be there for her, who would check up on her and ask her how she was~ "This isn't a fairytale or a teen fiction where the bad girl falls for the good boy and tries to change for him, and then they live happily ever after. This is real life, and well, life is fucked up." Ying Sheng said, and she gulped the beer she was holding, loneliness flickering in her eyes. "But I-I won't ask you.. to change or want you to change. I just want you to be my bad girl. You --can tie me up in bed- and fu…ck me until I forget my name." Liam stammered as he turned crimson red. Ying Sheng heaved a sigh, "Cutie, you're supposed to look for a trophy wife who can cook and do chores. Not a monster like me who will destroy your perfect life. Also, we can't be together." Liam's heart nearly stopped in his chest when he heard her. His shoulders hunched, and he took a deep breath. 'Why?" He queried. "Because I love someone else." ~At times you have to choose between the one you love and the one who loves you. Ying Sheng learned this in a hard way.~ Two broken-hearted women, each broken in their own way.....with two determined men, ready to fix their broken pieces at all costs. This is a story of betrayal, love and second chances. Ready to enjoy the journey and learn along? *No evil mother-in-law, step-sister or cheating bestfriend *Not your usual cliche flash marriages novel *Bad girl X Good boy Tags: Flash Marriage #doting husband, #smut, #bad girl, #good boy, #betrayal #second chances #Strong female lead #Spirity-awards 2020 #Supernatural Note: Some chapters may be triggering for others but there is always a warning before reading. ^I'm not the owner of the cover. CREDITS TO THE OWNER. if the owner wants me to take it down just leave a comment. Thank you! Discord server: https://discord.gg/FXdVxp6 Join to chat with author, fellow readers and make friends.