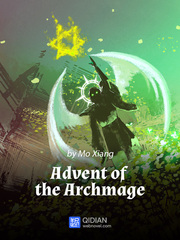 Advent of the Archmage

Link was the top Archmage in the entire server. He had just defeated the strongest boss, the Lord of The Deep, Nozama with his party. However, instead of going back to town, he was transported to a secret location with pixelated CG. It sort of felt like a vacuum, and within it came a glorious and commanding voice that calls himself the God of Light. "Link, would you be willing to be the saviour who will pull the World of Firuman out from the churning abyss?" What a huge mission! If it was in the real world, Link would have rejected it immediately. However, he was bent on being the hero in game. "Bring it on!" Link answered confidently. "Then, best of luck." And so begin Link's journey of magic, friendship, betrayal, love and despair in the ever changing World of Firuman.