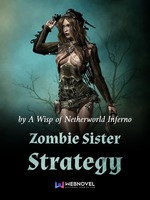 A Wisp of Netherworld Inferno

What is Zombie Sister Strategy

Zombie Sister Strategy is a popular web novel written by the author A Wisp of Netherworld Inferno, covering APOCALYPSE, FEMALE PROTAGONIST, ZOMBIES, ZOMBIE, Fantasy Romance genres. It's viewed by 8.6M readers with an average rating of 4.59/5 and 955 reviews. The novel is over and can be read all 1456 chapters in Webnovel with all rights reserved.

Lin Qiao remembers nothing from the past five years since the post-apocalyptic era began. She wakes up only to find herself having become a newborn, superpowered zombie, in a body that used to belong to an evil and notorious woman! Having kidnapped a girl and raped her father, the previous host met her demise at the very hands of the conspiracies she courted all her life, leaving Lin Qiao no choice but to deal with the consequences while trying to figure out her own past and the fate of her loved ones. As for the little girl’s father, can’t he just have a decent fight? He’s a human being, but why is he biting a zombie? She’s the zombie! She’s the one who’s supposed to bite!

My Dad Is the Galaxy's Prince Charming

The Dragon Prince's Wife is a Translator

Coming of the Villain Boss!