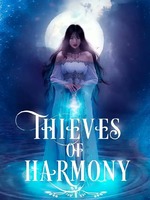 What is Thieves of Harmony

Thieves of Harmony is a popular web novel written by the author lostmortals, covering GREEK MYTHOLOGY, GODS, DEMIGODS, MAGIC, POWER, ADVENTURE, ROMANCE, ACTION, Fantasy Romance genres. It's viewed by 67.8K readers with an average rating of 5/5 and 11 reviews. The novel is over and can be read all 62 chapters in Webnovel with all rights reserved.

Melizabeth has been cruel to the world. She was a murderer, an assassin, a thief, but no one knew about it. She was disguised. Perhaps, only the Gods knew about her. She knew that even if she's cruel, strong, and fast. She can never beat the Gods, and that she wanted to do. She trained herself to becoming a Semideus, a mortal favored by the Gods. She wanted to go to the Olympian world, but she did not want to belong. She only seeks for answers, truth and revenge. Will she do it despite of being so smitten in love?