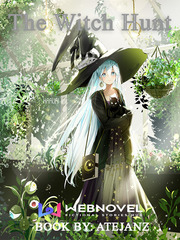 -Volume 1: Deities vs. The King- Born in a chaotic world where Witch Hunt serves as the bread and butter to most mortals living in Gilead- whose sole purpose is to kill every living being known to be born with magic powers, correctly known as 'Deities' but mortals prefer to call them as 'Witches'.... A young deity was pre-destined by the supreme deities to kill the tyrant king of the Gilead Empire and to put an end to this Witch Hunt system set by the government. And her name will be... Charm. === -Volume 2: Deities vs. The Pope- Having experienced a near-death situation from the hands of the government itself, eighteen-year-old deity Lianne came to realize how mortals have been deceived by the Church to believe in their lies for them to raise their weapons against their kind... thus making her want to destroy the customs and beliefs set by the Church to convince mortals that they are not what they thought them to be with the help of her newly-found friends along the way... and to bring down the Pope once and for all! *** Author's Note: This book will consist of three volumes (subject for change) Volume 1- Deities vs. The King Volume 2- Deities vs. The Pope Volume 3- Deities vs. Deities (coming soon) Book cover art by: HARURI Discord accnt: AteJanz#0657 Instagram account: ate_janz