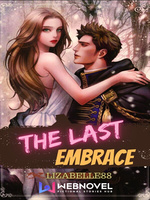 What is The Last Embrace

The Last Embrace is a popular web novel written by the author Lizabelle88, covering ROMANCE, ADVENTURE, FANTASY, ACTION, MAGIC, VAMPIRE LOVESTORY, BEAUTIFUL FEMALE LEAD, MALE LEAD, MODERN, SWEET ROMANCE, Fantasy Romance genres. It's viewed by 2M readers with an average rating of 4.54/5 and 49 reviews. The novel is over and can be read all 472 chapters in Webnovel with all rights reserved.

(Completed) In the 20th century... Fed up by the savage vampires merciless slaughter on humans, the anti-vampire vaccine was finally created by humans to protect themselves. The vaccine was able to annihilate 90% of vampires' race on earth. With nowhere to go and trapped below the ground, the remaining vampire clan needs to survive, it's either adopt... become mortal and survive...or perish! Prince Adam was assigned the task to take care of the mortal being named Jessy, she's the girl that was chosen in the prophecy. Her blood once ingested by vampires' can transformed them into human beings, fangs gone within seven days, guaranteed. Prince Adam fell in love with Jessy... the girl that was destined to marry his brother, Prince Zain. Prince Zain and Jessy's union will secure the vampires' royal lineage... their offspring will bring forth a new race of powerful crossbreed, and one day the vampire race shall reign supreme again on earth. To secure the safety of the newly vampire mortals, Jessy has to make a big sacrifice... that will change her life forever. Adam and Jessy's love for each other... will be tested to the very end. ***I commissioned the cover from the artist shashika2 in Fiverr. ~My other novels in this site~ * The CEO's Painted Skin ~ Contemporary romance, 510 chapters~ Completed. * Sweet Surrender: The CEO's Second Wife~ 117 chapters, Ongoing. * The Tale Of Three Sisters : Fantasy Romance, Adventure. Ongoing. * The Vampire's Love: You Are My Destiny~ Vampire, Demon's, Shapeshifter. Ongoing.

The Sins of Anna

Convincing her (Jen and Lucas)