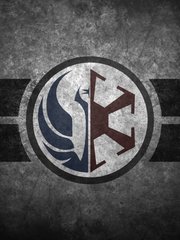 What is Star Wars: The Holy Empire

Star Wars: The Holy Empire is a popular fanfic written by the author Necromancer_God, covering HAREM, OVERPOWERED MC, SYSTEM, CLONE WARS, WAR, ARMY BUILDING, JEDI, EMPIRE BUILDING, SITH, ROMANCE, Movies genres. It's viewed by 1.7M readers with an average rating of 4.55/5 and 136 reviews. The novel is being serialized to 56 chapters, new chapters will be published in Webnovel with all rights reserved.

I always dreamed of being in Star Wars, and now it has come true. Watch as I summon armies, slay my enemies, build a harem of human and alien women, and conquer the galaxy in the name of peace, balance and the Force.