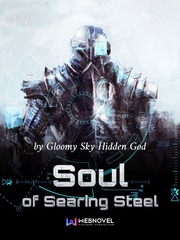 What is Soul of Searing Steel

Soul of Searing Steel is a popular web novel written by the author Gloomy Sky Hidden God, covering SYSTEM, SWORDAND MAGIC, ACTION, Video Games genres. It's viewed by 6.2M readers with an average rating of 3.91/5 and 336 reviews. The novel is completed and can be read all 1058 chapters in Webnovel with all rights reserved.

Joshua woke up in the middle of a battlefield one day only to discover that he has been transmigrated into a popular MMORPG, Continental War. Discovering that he has not only been displaced in space but also in time, Joshua realizes he has knowledge of the events unfolding around the world as he had played through them as game events. Read on to discover how Joshua forges his path toward becoming a legendary warrior embroiled in the struggle of Order and Chaos!