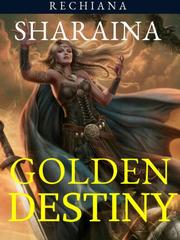 Sharaina, a gifted warrior; is a girl with a destiny as golden as the hair on her head. Known mostly for her drunkenness, she spends her days living a care free life. Her mischievous adventures, however, come to a hold when she meets and falls in-love with her new neighbor, Light. As the two get close, a prophecy is revealed that Sharaina is to be the supreme ruler of Dark Star. This doesn't settle well with the evil King Meelzib who does everything he can to find out who she is. Good forces arise in order to protect Sharaina's golden destiny against King Meelzib. Only problem is that, they don't know who she is either. Who will find her first? ***Prequel to Akirexer: Shadow Within but can be read as a stand alone.