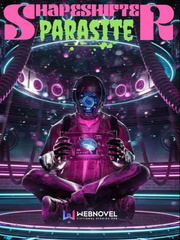 What is Shapeshifter Parasite

Shapeshifter Parasite is a popular web novel written by the author Immanioripse, covering EVOLUTION, R-18, MONSTER, SCI-FI, ACTION, THRILLER, PARASITE, ALIEN, SHAPESHIFTER, SPACE, Sci-fi genres. It's viewed by 127.9K readers with an average rating of 4.79/5 and 22 reviews. The novel is being serialized to 50 chapters, new chapters will be published in Webnovel with all rights reserved.

°°°WPC 142 WINNER°°° | Male Lead - Space Thriller | ------------------------------------------------------------------ In the year 3202 greenhouse gas emissions and the resulting melting of glaciers, caused an endless series of natural disasters that led the Earth to collapse, making the air almost unbreathable and forcing the world's greatest leaders to adopt the extreme solution: finding a new habitable planet. It has been 5 years since the departure of HWSS Behemoth, the first Heavy Weight Spaceship of the "Project Nowhere" aimed at exploring new human-life suitable planets of planetary systems near our solar system, but after a message that confirmed the success of the mission, the signal with the spaceship was lost forever. The young Layton worked as a janitor handyman aboard the BS Voyager, the spacecraft destined to accomplish the most important mission for the future of the human race: tracking the Behemoth and establishing a safe route between Earth and the target planet, avoiding mass extinction. One day, while he was on his daily tasks, he found out that somebody got sick on board and that who knows that don't want to spread the news, assuming it is the work of a non-human being. From that day on, Layton will be the only one who’ll know this secret and must ensure, together with his allies, to alert the security officers of the BS Voyager of the presence of an unidentified alien being on board, without being discovered by the infected ones. Will the flight crew reach HWSS Behemoth and achieve the mission? What other dangers lurk aboard the Voyager? P.S. This is not my main novel, so in the first period, the stability of the updates may not be constant. Anyway, I hope you’ll enjoy it! ------------------------------------------------------------------ Contact me on Discord: Immanior_Ipse#6129 Follow me on Instagram: @immanior.ipse