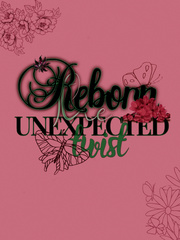 What is Reborn: The Unexpected Twist

Reborn: The Unexpected Twist is a popular web novel written by the author ShinSungmi, covering REINCARNATION, FEMALE PROTAGONIST, REVENGE, HIDDEN GEM, SECOND CHANCE, GENDER BENDER, MYSTERY, FACESLAPPING, TEEN, HIGHSCHOOL, Contemporary Romance genres. It's viewed by 2.1M readers with an average rating of 4.46/5 and 115 reviews. The novel is over and can be read all 323 chapters in Webnovel with all rights reserved.

Betrayed by her boyfriend and best friend, Lee Jinhee found herself being heartbroken, and due to her impulse, she got into an accident, leading to her death. But fortunately for her, she was provided with a second chance! Lee Jinhee found herself being satisfied with it! However, what the hell had happened in this life of hers? Why was her best friend and boyfriend acting so strange? Hold on! Why was her best friend, Han Taehee, acting so clingy? Why was her boyfriend, Kim Jaehyun, the one chasing after her this time around? Why was they paying this much attention to her this time around? However, despite the weird changes, Oh Jinhee was determined to make those who had wronged her in her previous life pay!

The Rise of the White Lotus

The CEO's Office Boy is a Girl

Secret Wardrobe Of The Duchess

I'll Tell You Every Day