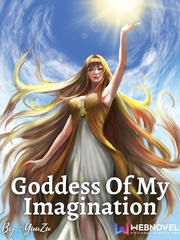 What is Quick Transmigration: Goddess Of My Imagination

Quick Transmigration: Goddess Of My Imagination is a popular web novel written by the author YuuZu, covering GENDER BENDER, BEAUTIFUL FEMALE LEAD, MALE TO FEMALE, FANTASY, ADVENTURE, GAME ELEMENT, CHEAT, ACTION, LEVEL UP, Fantasy Romance genres. It's viewed by 1.5M readers with an average rating of 4.64/5 and 73 reviews. The novel is being serialized to 211 chapters, new chapters will be published in Webnovel with all rights reserved.

Ali Avery was a successful young man adored by everyone. But things were not as they were shown to the life, shunned and betrayed by his peers - he was hiding among happy facades. Everything changed for him on one fateful night when he awoke in a dangerous new world with a completely different body, and his guardian angel was also there to accompany him. A world where the impossible was possible while the imaginations were the reality of the dreamer. 'Am I a goddess? I'm just a little different.' 'My imagination can become real magic, but isn't this energy point a bit too much?' Stranded in the new environment, new life, new strength, and new possibilities... How would he/she survive? Author's Note: This novel is currently being edited as it continues. So, please have mercy with my grammer while reading the first 100 chapters~ Edited chapters from chapter 100 onwards :3 ============= Cover Art created by: TeaName [Pixiv ID: 6540197]