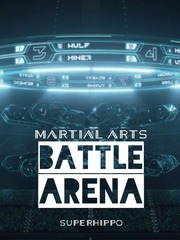 Inspired by the previous era's Multiplayer Online Battle Arena (MOBA) games, a new Sport was born! As humanity reached the age of space exploration and [Genetic Modification], the sport of competitive team fighting experience known simply as "Battle Arena" rose to prominence! Irvine Lang was an older and retired pro player of Battle Arena. Being a mediocre player throughout his whole career, his retirement life was tinged with regrets over many things. Lost matches. Broken relationships. Unreachable top. With the hope of entering the pro scene for one last chance at glory, he decided to volunteer for a genetic experimental drug trial that's been said to be able to rejuvenate the recipients to their peak state. Unexpectedly, the trial ended up giving him more than just a simple rejuvenation as it brought him back to his teenage years! "This...!" Follow Irvine as he relived his youth to erase his past regrets and become a top player in Battle Arena! . :::This is a Fictional Sport Novel:::