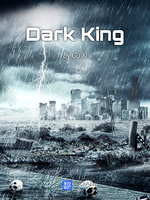 What is Dark King

Catastrophe erupted, it was the end of the world. Survivors were surrounded by the impregnable wall, a new order was established... The desire for power, faith, and darkness pervaded each other, layer upon layer of brands imprinted in every corner of the heart. The virus wreaked havoc, were these humans' true colors? "I unexpectedly survive, I want to live." –Du Dian

When A Mage Revolts