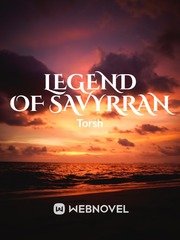 Disclaimer: This is not a romance. I really do not understand why Webnovel thinks all stories with female leads are romance . ......................... In the Second Dimension, every five year old is supposed to manifest a soul energy known as essence. Using the essence made one stronger, faster, and generally more powerful than their original state. At five years old, Ovandarrak Thark, twin brother of Savyrran Thark, manifested his essence. Due to Savyrran's unusual strength, everyone expected her to manifest one of the most powerful essence in her town. However, she did not even manifest any at all. In spite of being the only one in her town and possibly the entire Second Dimension without an essence and a soul armos, Savyrran would never give up her dream of becoming a Soul Guardian. But Savyrrran's quest to becoming a Soul Guardian would reveal buried secrets she would never have imagined about her life; about why she was seemingly the only one without an essence and a soul armos. Was she bound to be something far more greater than the powerful Soul Guardians? Or perhaps, was she fated to be destroyed by her greatest nemesis?