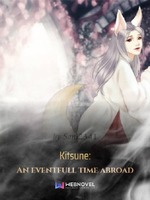 What is Kitsune - An eventfull time abroad

Kitsune - An eventfull time abroad is a popular web novel written by the author Sani2341, covering KITSUNE, SPIRITS, URBAN FANTASY, JAPAN, PYROMANCY, COLLEGE, TANUKI, Magical Realism genres. It's viewed by 58.6K readers with an average rating of 0/5 and 5 reviews. The novel is over and can be read all 42 chapters in Webnovel with all rights reserved.

Spending a Semester studying abroad will always leave a mark on a person. Especially when you are confronted with more than just a different culture, as Laura experiences first hand when a simple hike in the Japanese alps leads her to encounters with Spirits and Monsters she never believed in.

The Wolf, the Witch, and the Prophecy

As The Wind Whispers Upon The Flowers

Let Me Choose You