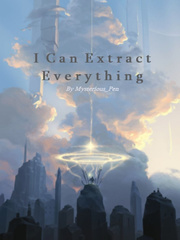 I Can Extract Everything

What is I Can Extract Everything

I Can Extract Everything is a popular web novel written by the author Mysterious_Pen, covering SYSTEM, REINCARNATION, CULTIVATION, COMEDY, ACTION, NOTHAREM, ADVENTURE, WEAKTOSTRONG, MYSTERY, SLICEOFLIFE, Eastern Fantasy genres. It's viewed by 1.6M readers with an average rating of 4.54/5 and 94 reviews. The novel is being serialized to 48 chapters, new chapters will be published in Webnovel with all rights reserved.

This is the story of a young man, after being thrown into the Novices' Quarter and suddenly obtained a system that could extract anything in this world. [Extraction Completed!] [Obtained 1000 Qi Strands] [Obtained Great Fortune Compass] [Obtained 1.5 million spirit stones] [Obtained Turtle Breathing Technique] *** One day a junior asked Qin Yi. "Senior Brother Qin, how could I become powerful like you??" "Eh? Just fed your several senior brothers with stones and snacks, and then you would become naturally powerful like me." "..." ----- Disclaimer: The cover doesn't belong to me. I found it on Pinterest. Therefore, the credits belong to its owner. If someday the owner wanted me to take it down, please tell me!