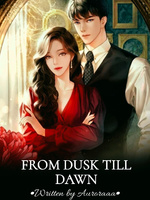 From Dusk till Dawn!

What is From Dusk till Dawn!

From Dusk till Dawn! is a popular web novel written by the author Auroraaa, covering POWER COUPLE, ROMANCE, COMEDY, FACESLAPPING, MODERN, CEOS, TRUELOVE, R-18, Contemporary Romance genres. It's viewed by 2.2M readers with an average rating of 4.77/5 and 86 reviews. The novel is being serialized to 212 chapters, new chapters will be published in Webnovel with all rights reserved.

13 years ago, she was a naive, innocent, bubbly girl who fell in love with her senior and wrote a love letter to him in her diary, 'You are the most handsome person I've ever met. Uhm... My brother is also handsome but he is my brother. So, let us get back to the point. Since you are so good-looking, I feel like I'm in love. How about I marry you after growing up? Won't you consider yourself lucky?' 13 years later, she was referred to as a demoness; she was way too cold, no longer the naive girl she used to be, she has become a mystery that people spoke of but no one has ever seen. But in all these circumstances, what remained the same was the little girl in her memory was as narcissistic as the adult who proposed to a stranger, 'Let's get married, I'm a goddess, you know?' So, where did her usual aloof self go? Was it because handsome men were her weakness? Or it was just that one man?! ... "Hey, let's get married," she said all of a sudden to a stranger whom she met 15 minutes ago... The stranger stared at her in disbelief as he didn't know what to say... But she continued with her 'serious' proposal "You see, I'm a big fish as in one in a million. You will never meet a girl like this beautiful goddess sitting in front of you. I am young, hot and of course, I earn a lot. So you can even quit your job and be a house husband. I'll feed you and never abandon you. Isn't it a jackpot to have this goddess?" The man was dumbstruck as he had never seen such a bold girl but he quite liked it as he asked "Why me?" "Because I happen to need a husband and you look pleasing to my pretty eyes...So, let's get married?" she explained calmly and gave him her signature smile. His heart skipped a beat as he said "But you aren't allowed to take any concubines." Her eyes opened wide as she stared at him in shock but he continued, "Yes, let's get married." Tang Li, a beautiful woman with breathtaking black long hair and hazel eyes. Her name is mentioned in every magazine and every news channel as a legend but no one has seen her yet...They say she is hideous or maybe old..but is she? Lol...No, but she is surely a mystery! Mo Yuhan, the hot and happening CEO of Mo Empires and the most eligible bachelor...Cold? No, he is a thousand-year-old iceberg..... But what happens when Miss Mystery proposes to Mr. CEO...? ... "I didn't want to fall in love or need someone. I didn't want anything. But then you came, bringing a whirlpool of desires as I started wanting everything. What will I do if you forget me one day?" she whispered. He held her tightly in his arms as he kissed her lips lightly "For this life and the rest of our lives, a million times over, I, Mo Yuhan, will always find you." ... There are neither rape nor major misunderstandings! P.S: The cover pic is not mine. *Basically, I was a noob, in the beginning, which resulted in grammatical errors. The chapters are being edited to correct the mistakes. Be patient!* ... Discord: Auroraaa#6260 Instagram: auroraaa_wn (second account)