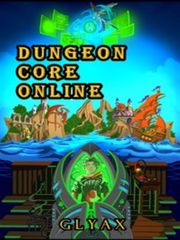 James hates his real life. He spends his days being bullied in school, and at home he simply reads and plays games. The only thing he has to look forward to is immersion. When he is immersed in the virtual world he can be whatever, whoever, he wants: He can escape the world that has thrown him away. As such, when a new game, Dungeon Core Online, comes out, James is excited to play. He immerses himself as soon as he can, but when he is set to create his character he is instead offered a different choice. Now, James is the Dungeon Core and he suddenly finds himself wielding more power, with more options, than he's ever had before. The only downside... there are people in the real world who do anything, even kill, to gain the power of a Dungeon Core in the virtual world. This story originated on and is updated on Royal Road This story is the sole property of Jonathan Smidt, otherwise known as Glyax If you like this story, check out Bone Dungeon (my published work), or see about becoming a patron of mine (search Glyax) for advanced access to chapters, etc