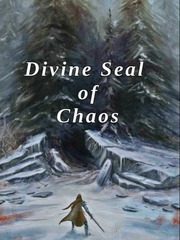 Arc-1 Synopsis: It's been 10,000 years since the Fiends appeared on the human continent. 'Where did they come from?' 'Why did they come and for what purpose?' 'No one knows!' Countless humans united together and banished the Fiends to the lost continent of what now is called 'Fiend continent.' ==== Story Synopsis: Chaos Expanse—a home of ten beautiful universes. 5 million years ago, the experts of Spirit universe waged war upon the Supreme being, discovering their Expanse was sealed by him. - Even though they lost the war, a powerful expert of the Spirit universe was able to heavily wound the supreme being and trap him using an otherwordly treasure. - Gin Reyhart, our MC who failed to awaken his spirit seal. Follow his footsteps to witness his legend and how he rises above all by overcoming the trials and tribulations that come in his way.