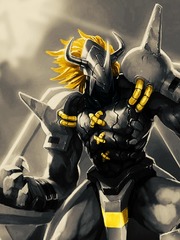 What is Digimon Black Edition

Digimon Black Edition is a popular fanfic written by the author MikXL_23, covering DIGIMON, ANIME, ACTION, ADVENTURE, WEAK TO STRONG, COMEDY, MODERN, SLICE OF LIFE, ANTI-HERO MC, Anime & Comics genres. It's viewed by 41.1K readers with an average rating of 0/5 and 8 reviews. The novel is being serialized to 5 chapters, new chapters will be published in Webnovel with all rights reserved.

Born from the union of an american woman and a japanese man, Max Uchida's life wasn't really the best. He got bullied constantly in school because of his foreign looks and intelligence. His mother ditched his father in order to pursue another man in the states, leaving Max alone to endure the beating of his furious father who blamed Max for everything and released his frustrations on the poor boy's body. He didn't have anyone, he was alone in this dark world. Max grew watching Digimon, he loved the colours of the digital monsters, and the bond of the children with their Digimon partners. In his 12th anniversary, he who was driven to the brink of despair gained the opportunity to chase after his dreams... To fight against his cruel destiny. Now with the help of his partner Agumon, he shall mend the pieces of his broken heart and climb towards the top of the Digital World! Cover Link: https://www.google.com/search?q=BlackWargreymon&client=ms-android-motorola&prmd=ismvn&sxsrf=ACYBGNSJfvUVFvPEpMkBsKRpkGEX-Gv-sg:1578422625053&source=lnms&tbm=isch&sa=X&ved=2ahUKEwicoPy-kvLmAhURIrkGHbIaAj4Q_AUoAXoECA4QAQ#imgrc=WjGcN7BT8bGG5M&imgdii=bugEg53yhMJyWM All the characters except from Mine belong to Digimon and It's creators.