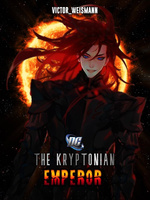 What is DC: The Kryptonian Emperor

DC: The Kryptonian Emperor is a popular fanfic written by the author Victor_Weismann, covering BADASS MC, HAREM, ROMANCE, EMPEROR, ACTION, BUILDING-COUNTRY, Anime & Comics genres. It's viewed by 1.5M readers with an average rating of 4.78/5 and 107 reviews. The novel is being serialized to 45 chapters, new chapters will be published in Webnovel with all rights reserved.

Advanced Chapters: Patreon.com/VictorWeAreVenom A child who was born to be the Emperor of Krypton, a special child who was genetically modified to have the best DNA of his race, he was raised from an early age with the intention of governing his race, but when he was about to assume what was rightfully his, the planet Krypton was about to explode, but that child would let his race become extinct? follow the story of the child who was destined to be an emperor of his race. [A/N: I do not own the cover, if you are the original author and want me to remove it, please contact me.]

The Son of Time and the Olympians