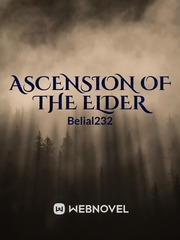 What is Ascension of the elder

Ascension of the elder is a popular web novel written by the author Belial232, covering TRANSMIGRATION, REINCARNATAION, MAGIC, MARTIAL-ARTS, SMARTMC, Fantasy genres. It's viewed by 2.1M readers with an average rating of 4.38/5 and 109 reviews. The novel is being serialized to 170 chapters, new chapters will be published in Webnovel with all rights reserved.

Joseph was just an ordinary working class drone. He arrived every day on time and clocked out to the minute until the day he died. But this wasn't the end as when he awoke he was in a strange space which lead him to his new life.