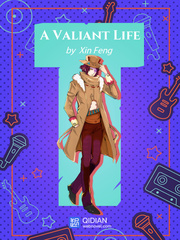 What is A Valiant Life

A Valiant Life is a popular web novel written by the author Xin Feng, covering SYSTEM, GAMEELEMENTS, MODERN, HAREM, COMEDY, FACESMACKING, Magical Realism genres. It's viewed by 9.3M readers with an average rating of 4.33/5 and 819 reviews. The novel is completed and can be read all 1239 chapters in Webnovel with all rights reserved.

I am Lin Fan and I've become a jack of all trades just because of a powerful Encyclopedia. In the first ever competition organised for trolls, all the other contestants lost. The crowd exclaimed, "Brother, you're so good at trolling." Lin Fan replied, "But I've never been trolling..."

The Monk That Wanted To Renounce Asceticism