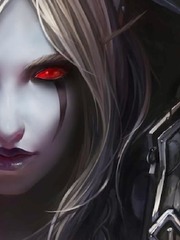 What is A Path of Bone and Poison

A Path of Bone and Poison is a popular web novel written by the author Morbidwishes, covering EVOLUTION, YURI, GENDER-BENDER, SYSTEM, REINCARNATION, MAGIC, ADVENTURE, ACTION, Fantasy Romance genres. It's viewed by 1.8M readers with an average rating of 4/5 and 58 reviews. The novel is being serialized to 155 chapters, new chapters will be published in Webnovel with all rights reserved.

Formally titled: A Goblin's Path James Frank a 16 year old boy who has been abused and neglected dies a horrible death. He is reincarnated in a different world. He is. born as both a different race and a different gender. He is born as a female goblin with a pitiful 1 for strength. His instincts tell him that if does does nothing that his life will be something he would not wish on his worst enemy. Join Yuri, Jame's new identity, As she explores the world of Kaos. Disclaimer: Photo is not owned by me. If it is yours and you want it down please let me know.