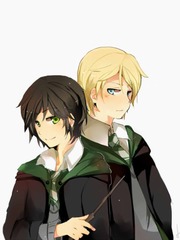 What is A Different Path

A Different Path is a popular fanfic written by the author Zero_Kiriyu, covering DRARRY, BL, DARKHARRY, YAOI, SLYTHERINHARRY, SOULMATEAU, OP, MAGICALCREATURECOUNTERPART, Movies genres. It's viewed by 71.7K readers . The novel is being serialized to 18 chapters, new chapters will be published in Webnovel with all rights reserved.

Hadrian James Potter, The Boy who lived, The 'Chosen one'. He had all these nicknames but none of them described who he was, the truth was he had been abused since his first words. Everyone in the magical world knew not of this though so they continued to gossip (especially the daily prophet). But when Hadrian awakens his magic and accidentally earns the fear of The Dursleys they will learn to keep that fear. Until this young boy goes to Hogwarts and learns a thing or to about magic. But not before becoming a very powerful wizard just by the house names he owns. Harry Potter does not belong to me it belongs to J.K. Rowling The Cover Art is also not mine

Married to a What?!