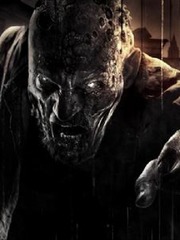 What is Zombie System

Zombie System is a popular web novel written by the author Ahmed_reader, covering Fantasy genres. It's viewed by 315.3K readers with an average rating of 3.6/5 and 11 reviews. The novel is over and can be read all 21 chapters in Webnovel with all rights reserved.

Jake then got transported to another world with one of the most cliche's gifts, a System. He got welcomed by an uncomfortable and autonomous sound. System preparing for download] [preparation 40%] [preparation 90%] [preparation complete] [Downloading System] . . . Fast forward some seconds and he's in the middle of a legendary forest spanning for thousandths of kilometers with lurking dangers in every corner. Divine beasts, legendary warriors and Hellish creatures fill the world. But Jake got an ability from this so-called System, which gives him the possibility to become the most hellish creature. See the adventures of Jake as he experiences the harsh life of a zombie in a world which sees them as a pest to be exterminated. Will Jake turn cold, psychotic or will he desperately cling on to what is left of his human side. Morals. ____________________________ ________________ Author's note A portion of my summary is gone. I don't know what happened, I spent so much time coming up with this summary I will be posting this on royalroad.com under the same name. Also, everyone. This is my first attempt at writing a fullfledged novel/book.