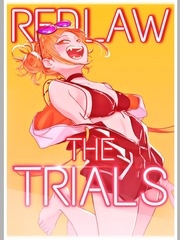 What is THE TRIALS: Path Toward Godhood.[MY HERO ACADEMIA] (MATURE CONTENT)

THE TRIALS: Path Toward Godhood.[MY HERO ACADEMIA] (MATURE CONTENT) is a popular fanfic written by the author REDLAW, covering R18, HAREM, STRONG-PROTAGONIST, FAN-FIC, AGEPROGRESSION, FASTGROWTH, MULTICROSSOVER, GREYMORALS, STRONGFEMALECHARACTERS, STRONGABILITY, Anime & Comics genres. It's viewed by 3M readers with an average rating of 4.46/5 and 125 reviews. The novel is being serialized to 160 chapters, new chapters will be published in Webnovel with all rights reserved.

Who am I ? Where am I ? A virtuous soul was given a second chance to live. At the price of all his memories, he would be reincarnated in a fictional world of his choice with the powers of his choosing. Watch as this soul reincarnates firstly, in the world of Boku no hero academia and strive to reach the highest level. After suffering for years and being saved by the greatest hero, a child has to watch as this hero slowly but surely lost his power. The day when this hero gave his power away, the boy decided something. "I will become a hero, but I will not be the kind of hero who brings smiles to the people. The brighter the light, the larger the shadow. I will become the shadows future symbol of peace" Notice : like most fanfic of this kind, the mc will travel to a different world. Disclaimer : Depiction of cruelty, torture and child abuse will be present. Sex scenes, curse words etc will also be present.Anyone under 12 years of age shouldn't read this. Copyright Disclaimer: Neither the original stories nor the cover picture belongs to me. I am just a fan who wants to write a different version of Mangas I love with the powers of others manga I find badass. You should go read those Mangas or watch their anime version. NOTE: I have a constant release of 5 chapters each week. But if you give me enough stones for me to reach: The top 30= 1 bonus chapter on Saturday. The top 20= 2 bonus on Sunday. The top 10 = another bonus chapter.

Reincarnated as a dragon egg in DxD with a Fate System!

Marvel: We Are Venom

In MHA with Star Platinum

Rebirth Of The Mightiest Disciple (Reboot)