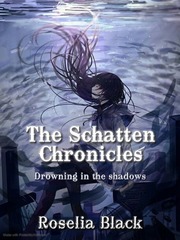 What is The Schatten Chronicles

The Schatten Chronicles is a popular web novel written by the author Roselia_Black, covering Fantasy Romance genres. It's viewed by 97.5K readers with an average rating of 4.72/5 and 32 reviews. The novel is being serialized to 26 chapters, new chapters will be published in Webnovel with all rights reserved.

Part One: The Gate Raiden gets admitted to the prestigious Schatten Academy after she applies there just for fun. However, during her usual troublemaking detours, Raiden comes across a mysterious Tantabulum that contains secrets about her parents that she couldn't believe. however, her parents mysteriously disappear as she tries to confront them. On her way back to find them, Raiden finds herself chased by Monsters. What is she gonna do?

The Eye Of The Storm (A Fantasy Romance Novel)