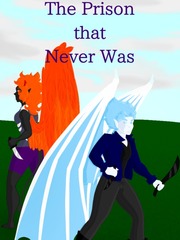 The Prison that Never Was (Book 2)

Angelica didn't know how much regret one could feel until she left her mate to return home. Yet, she'd had no choice. To save her mother's life, she agreed to return to her city with her father. All too quickly, she realizes what a mistake she's made. Her parents can do nothing to protect her from her fiance, who she is set to marry in two weeks, should her mate not show. But, as much as she loves him, she prays he doesn't show. Damon has a choice. Submit to breaking, but have Angelica by his side. Forget his mate altogether and move on with his life. He doesn't know which is worse, but he's willing to do whatever it takes to get her back, even if it means destroying himself to save her from a lifetime of suffering. Neither knows what comes next. But they both know that they can't stay in this prison that never was.