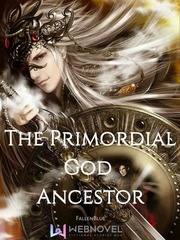 What is The Primordial God Ancestor

The Primordial God Ancestor is a popular web novel written by the author FallenBlue, covering GAME ELEMENTS, ADVENTURE, REINCARNATION, CULTIVATION, ACTION, MALE LEAD, TRIBES, Eastern Fantasy genres. It's viewed by 3.9K readers with an average rating of 0/5 and 2 reviews. The novel is being serialized to 1 chapters, new chapters will be published in Webnovel with all rights reserved.

'You hate science?' 'Fine, since you're dead and have lived a normal, harmless, and slightly meaningless life, I'll show you compassion and throw you to a primitive world!' Like a joke from heaven, a drunk, heartbroken, average male student died and got transported into another world, a world where technological advancement is so primitive where one would have to struggle with all their might to survive. It is a world where the strong preys upon the weak, where the power of cultivation and totem decides whether one lives or dies. But later on, Gu Xiao, found out being transmigrated into a weakling's body is not the greatest hurdle to face at all! Nor is it saving the whole tribe from several catastrophes that keep popping up one after another! -Mayer Calendar 0023- [Ding! As the strongest warrior in your tribe, you have been selected to be the village head of one of the beginner villages scattered in the realm. Congratulations!] ... Disclaimer: Cover pic is not mine. Credits to its creator.