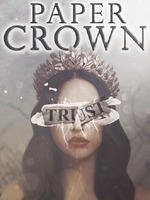 What is The Paper Crown

The Paper Crown is a popular web novel written by the author hinajjang, covering ROMANCE, MYSTERY, SCHOOL, ACADEMY, ROYAL, BULLY, Contemporary Romance genres. It's viewed by 1.1K readers with an average rating of 0/5 and 0 reviews. The novel is being serialized to 1 chapters, new chapters will be published in Webnovel with all rights reserved.

Aya Coleman is a survivor. Born in a poor family, Aya knows first-hand, that life's not a walk in the park. Then her mother died and she knew that the life she once knew will change forever. Her father lost his job and got into drinking and gambling. Debts started to pile up and Aya knows she only has herself to make things work. She has to work two part-time jobs while studying to maintain her scholarship, still believing that someday she'll somehow climb out of the gutter along with her father. Just when she thought life couldn't get any worse, her father got sent to rehab. Now, Aya is truly alone. Until Julian Raines appears along with all the things Aya never thought about. Changing the way she have been living her life. He plucks her out of her misery and tosses her into his posh mansion among his four sons who all seems to hate her. But none of them hates Aya more than Nicholas Raines, the boy who is determined to send her back to the slums she came from. Nicholas doesn't want her. He says she doesn't belong with them. He might be right. Wealth. Secrets. Manipulation. It's like nothing Aya has ever experienced, but she's determined to stay and if she's ever going to survive her stay in the palace, she'll need to learn how to keep her chin up and prevent her crown from falling.