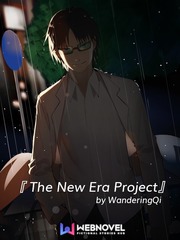 Feng Ye, a freshman one step away from finishing his first year of university, had the unfortunate experience of encountering a distortion in space, thus, sending him into the void. Due to a fortuitous encounter, he had acquired a system and had found himself in an interesting developed world comprised of individuals with the abilities of the supernatural. Feng Ye mutters as he looks at the huge influence he had created. "When I look back, I wonder.. since when did I become Mr. Nice guy?" Nearby, Akeno chuckles, “Ever since you had decided to establish the New Era Project and became the president of the New Era Society, you have been doomed to take on the Mr. Nice guy title.” With an eye roll, Feng Ye retorts, “Didn’t you know that nice guys finish last?” Follow Feng Ye's journey as he struggles to find his place in his world while finding his way home. The beginning of the New Era. Feng Ye’s Era. Discord: https://discord.gg/cADF559