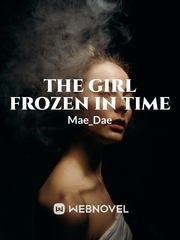 The girl frozen in time

EXCERPT: Emmeline watched Matthew leave. He left with his girlfriend and their friends. As she watched the limousine turn out of the circle drive and head to the gates she could feel her heart breaking. Her hands formed fists at her side, wishing she wasn't feeling this tidal wave of emotions. She wanted to scream and cry and pull her hair out. He wanted to chase after him and tell him to stop and not to go. Emmeline knew this was the beginning of the end. He was a man, he would make his way in the world. His world would get bigger, while hers would remain the same small bubble. Emmeline wanted to call out to him, to call him back. That she didn't want him leaving with that girl. But it wasn't fair. He was alive, she was dead. He needed to be with his own kind. Emmeline called out in pain. BA-DUM BA-DUM Emmeline clutched at her heart,  She was sure of it, how could she forget the feeling of a beating heart. She waited to hear it again, to feel it again. BA-DUM He heartbeat was irregular at first and then it sped up. This couldn't be possible could it? BA-DUM, BA-DUM, BA-DUM and as her heartbeat fell into a regular rhythm Emmeline fell to the floor, unconscious. *** Somewhere on the other side of the world, an overweight man sat in a chair fooling around on his phone, when he heard something unfamiliar, silence the pendulum was no longer swinging. He walked over to the map and the still pendulum. He smiled to himself, "I found you." If you are looking for something a little different check out this story! Emmeline the girl frozen in time, is Matthew the boy that will save her? Emmeline was stuck and each day at the Octagon House was the same. She didn't recall her death or her life setting her apart from most of the dead. Matthew ended up at the Octagon House by a series of tragic events and came under the care of the ghosts residing at the home. He grew up as normal as one could when being raised by the dead.