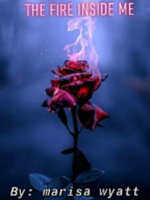 The Fire Inside Me By Marisa Wyatt

What is The Fire Inside Me By Marisa Wyatt

The Fire Inside Me By Marisa Wyatt is a popular web novel written by the author Nolimit_Life, covering ROMANCE, ADVENTURE, R-18, VAMPIRE, KINGDOM, ALPHA, HATE, TRAUMA, DARK ROMANCE, FORCED, Fantasy Romance genres. It's viewed by 3K readers with an average rating of 0/5 and 0 reviews. The novel is being serialized to 7 chapters, new chapters will be published in Webnovel with all rights reserved.

Mazikeen lives in a world where the impossible is possible. Vampires and witches rule the grasslands, werewolves and fairies rule the forest, mermaids and other fish rule the sea, god the heavens, and the devil the underworld. Out of all of those the most powerful of all is a man who goes by the cold one. He rules this blood slave system that no one dares to disobey, no human is safe from it. humans are at the bottom of the food chain, and they say the only safe place is a place called Eden where everyone can have refuge. Rumor or not Mazikeen decides to risk it even if it means death just to leave the wretched place. The only thing keeping her going is the a stubborn flame deep inside her, and the thought of finding Eden and coming back with reinforcements to escape with her sister at all costs possible. •°☆°•♡•°☆°•♡•°☆° His grip on my chin tightens as he tilts my head up. "If you so much as look another man again, I swear to god I'll fucking kill him." "Fuck you, you dont own me." His hands is on my throat holding me against the car in seconds, and he takes a shaky breathe trying to control his temper. He takes a step back, and he snarls, "I bought you, didn't I?" "Is that supposed to mean something," I attempt to walk past him scoffing but he grabs me by the arm pulling me back and slamming me into the wall. His eyes are hard and angry. I hiss as he grabs my throat, choking me. My hands fly up to his pulling at them. His eyes go pitch black, and he growls, "I will not tolerate that kiss my sass attitude, straighten up, or I'll give you a good reason to hate me."