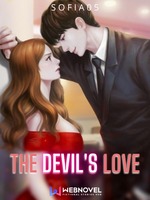 What is The Devil’s love

The Devil’s love is a popular web novel written by the author Sofia05, covering ROMANCE, COMEDY, SWEET, FUN LOVING, Contemporary Romance genres. It's viewed by 4.2M readers with an average rating of 4.89/5 and 395 reviews. The novel is being serialized to 276 chapters, new chapters will be published in Webnovel with all rights reserved.

“The course of true love never did run smooth.” – William Shakespeare. The journey of love is never as smooth as silk. There are difficulties, ups and downs, bumps and humps.  Like most of the love stories, Mo Yichan and Yang Ning’s love story wasn’t smooth or easy. Initially it was difficult and rocky.  The CEO of Yang corporation, Yang Ning was a successful businesswoman. Growing up with unsupportive and unruly parents, Yang Ning was accustomed to being treated unfairly and poorly. The only person that she count on was her grandfather. The CEO of Mo corporation, Mo Yichan who was also known as the ‘ Devil CEO’ was one of the most successful businessmen. Losing his father at a very young age and his mother leaving him alone for some other man, Yichan grew up with his grandfather.  Being business rivals, Mo Yichan and Yang Ning hated each other.  What do you think will happen when these two cold and aloof people are forced to get married and live under the same roof by their grandparents?  Did they hate each other only because they were business rivals? Or did something happen in the past which forced them to seal their hearts and hate each other to the fullest?  Will the love between them ever be able to overpower the hatred that they have for each other?  ***** “ Hahahahaha look at you both fighting like a husband and wife.” Mr Hunshou said. Yichan smirked and said,” If you were my wife, I would add poison in your coffee.” Ning smiled and said,” And if you were my husband, I would drink it.” **** Few months later. In a charity auction. “ Hundred million.” Ning said. “ Two hundred million.” Yichan said before grinning at his wife. “ Three hundred million.” Ning said. “ Four hundred million.” Yichan said. “ Five hundred million.” Ning before leaning towards her husband,” If you let me win, I’ll be on top for a whole week.” Yichan raised his board and said,” Seven million.”  “ You-“ “ For two weeks.” Yichan said. Ning frowned and said,” Fine.” Before raising her board,” Seven hundred and one million.” *********** Follow me on Instagram: author_sofia05 Join my server: https://discord.gg/th8TmZr Send me a Ko-fi: ko-fi.com/sofia05 [P.S:The cover isn’t mine. :)]

The Doctor Who Loves Me