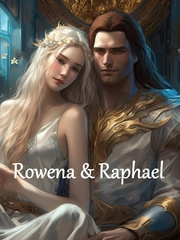 What is The Cursed Prince

The Cursed Prince is a popular web novel written by the author Missrealitybites, covering R18, ROMANCE, FANTASY, LOVE, MAGIC, FEMALEPROTAGONIST, HATETOLOVE, COMEDY, PRINCE, FANTASYROMANCE, Fantasy Romance genres. It's viewed by 2.8M readers with an average rating of 4.75/5 and 124 reviews. The novel is being serialized to 236 chapters, new chapters will be published in Webnovel with all rights reserved.

This book is about baby-making. "You will be the mother of my children," said the man in a commanding tone. His shameless words rendered Emmelyn speechless and shocked, more so, than the kiss he landed on her lips earlier. "I need three children from you." "Eh ... wait.. what? Hold on a minute," Emmelyn, who was moved from her shock, hurriedly rubbed her lips roughly as if trying to remove the devil's marks from them. "I don't want to be your wife! I don't want to marry you, you devil!!" The man frowned and squinted his eyes menacingly. "Who said anything about marriage?" THE NEXT DAY "Let's go," said the prince. "Let's go where?" Emmelyn asked, not understanding. "Let's go make babies." *** SYNOPSIS: The crown prince was cursed on the day he was born, that he will never be happy. What's worse, no woman could touch him without dying. Thus, finding a wife to produce an heir became the royal family's greatest challenge since the prince is the only son. Until one day.. A slave girl who tried to kill him didn't end up dying after they touched. Emmelyn was a princess from one of their colonies who vowed to avenge her family's death by killing the crown prince.. And that's how she ended up in his castle. Seeing that she was the only woman he could have sexual relationship with, without killing her, the prince made an agreement to let her go and free her kingdom from his oppression if she produced for him three heirs. Emmelyn said yes, but every day that they were together, she made plans to kill him and get her revenge. Can Emmelyn get what she wanted, or would she be entangled deeper with the enemy who was deemed as the devil incarnate himself by his enemies when she found out he was actually more of an angel? *** CHECK OUT MY OTHER BOOKS: - Finding Stardust - The Alchemists - Till Death Do Us Part I DON'T DO SLOW BURNS. This book is VERY FUNNY, and VERY LEWD. Only for ADULTS and open-minded people. My stories NEVER have rape or overbearing/scummy male leads, so rest assured you won't find them here. They're all doting husbands who would either give you dogfood every day.. or diabetes for being too sweet. BUY ME COFFEE? https://ko-fi.com/missrealitybites The cover is mine, made by the talented @samevanrijn Watch the book trailer on TikTok/Instagram: @missrealitybites Talk to me and other readers on: Discord: https://discord.gg/X4Rtnmu5pU

The CEO's Wife Is A Demon God's Daughter

It's Hard to Control My Naughty Wife!