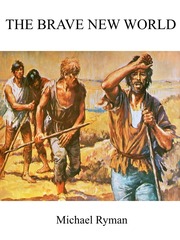 What is The Brave New World

The Brave New World is a popular web novel written by the author Michael_Ryman, covering REINCARNATION, EMPIRE BUILDING, ADVENTURE, WAR, SURVIVAL, COMEDY, SCIENCE FICTION, REALISTIC FICTION, SATIRE, TRANSMIGRATION, Fantasy genres. It's viewed by 926.8K readers with an average rating of 4.82/5 and 12 reviews. The novel is being serialized to 184 chapters, new chapters will be published in Webnovel with all rights reserved.

It is January 2nd, 2035. In New York, leaders of all the world's nations are assembling to agree on a plan to save the dying planet: Earth. Before they can agree on anything, disaster strikes. An electromagnetic storm destroys the global power grid, and cuts communications. Billions of people die. But as soon as the storm dies down, millions of mysterious, glowing cubes appear all over the globe. The cubes contain tools that will let humans colonize a new planet: a bigger, richer version of Earth. The newly formed Colonial Council, which answers to the United Nations, has one goal: to ease the crisis on Earth by transfers of goods and resources from the New World. Millions of new colonizers rush to the New World, united by a common purpose: to turn their dreams into reality. Some dream of getting rich by trading New World goods. Some dream of conquest, and building an empire. Some dream of peace, adoration, and love. Some will succeed, and others will fail. But fortune always favors the brave. WARNING: Please read the Introduction to find out what makes this serial different. This story does not contain filler, and the first 140 chapters are free to read. Current update schedule: Due to other work commitments, I'm forced to suspend writing this serial until the end of January.